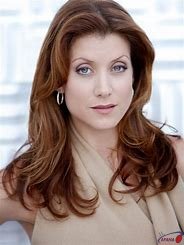 Grey's Anatomy star Kate Walsh has been living in Perth since March. She came to Australia for a holiday but then the pandemic hit and Western Australia closed their borders. She has been enjoying it so much, she has decided to stay until the end of the year. One thing she has discovered since her stay is Aussie Rules and she has become obsessed and loves watching the game. Walsh, 52, said in an interview, "There's nothing else like it! ... It's very exciting and fast paced and I just really, really enjoyed it… There's really quite a spectacle to witness and it's a lot of fun." She says she is enjoying Perth, the people there and the Aussie traditions, "... I feel very, very fortunate ... to have quarantined there and be in WA during this kind of crazy time in the world."

There is also speculation that she may be one of the singers on The Masked Singer Australia. The station which airs the program put out a teasing clue that "a 'big name from an Emmy-winning series' will appear."