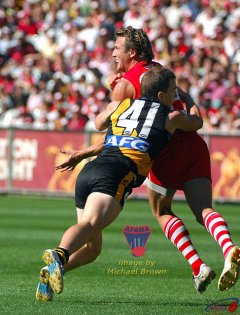 He had surgery in May but the knee failed to respond. Foley did not play any senior games in 2015 after enduring a string of injuries in the past three seasons. Foley, 29, played 154 games for the Tigers after being taken as a rookie in 2004. His best return was 18 games in 2014 with his last match being the Elimination Final loss to Port Adelaide.

In making the announcement, Foley said it was disappointing to have his career end the way it has but also said he felt honored and proud to have played for the Tigers. “It’s been a huge honor ... and something that I’m very proud of. Pulling on the Richmond jumper to run out and play is a feeling that I’ll never forget, and something that I’m very grateful for. I’ve absolutely loved my time here and consider myself lucky to have been around ... so long ... while injuries have caught up with me, I’m comfortable with the fact that I’ve always exhausted everything possible to get the most out of myself. It’s been ridiculously hard at times, but more so unbelievably rewarding.”

General manager Dan Richardson can attest to the hard work Foley put in, saying he'd never seen anyone with more injuries than Foley, but continued that Foley never stopped trying and worked as hard as anyone at the club. According to Richardson, Foley is highly respected around the club and held in high regard. 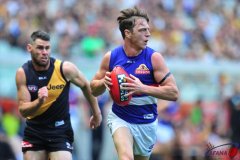 Another Tiger to announce his retirement at the end of the season is veteran and former captain Chris Newman. He said he felt that if he had tried to play on next year, he would not be at his best. Coach Damien Hardwick said Newman, 33, had been an "outstanding representative of the club" on and off the field, adding “He took over as Richmond captain in a difficult time, and carried himself impressively as he helped build the strong culture which exists ... today." Through Round 21, Newman has played 265 games and captained the club 2009-2012.