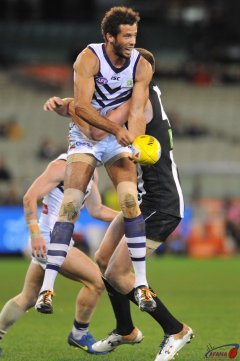 Preseason list changes must be made between Dec 1, 2018 to Mar 15, 2019. Clubs that have an available rookie list spot can now sign a player during this period provided there is room in the salary cap under current AFL rules. If a club suffers a serious injury or retirement, a list spot can be created by placing a player on an inactive list, and they can now be replaced by a rookie player. Clubs have first rights to re-contract their drafted player or he becomes a delisted free agent.

A delisted player cannot be re-selected in the SSP by the same club in the period immediately following their delisting. For example, a player delisted by a club in 2018 could not be re-selected by the club in the 2018 SSP unless they nominated for the national draft. A retired player is also ineligible in the same year unless they change their mind and nominate for the draft and are overlooked.

A player who nominated for and was not selected during the National Draft and who has committed for a further year as a 19-year-old in a Northern Academy or Next Generation Academy is an exception and is not eligible for selection in the SSP.

The AFL is also set to introduce a mid-season rookie draft for players who are still eligible but also missed out. How it will work: Preseason list changes must be made between Dec 1, 2018 to Mar 15, 2019. Clubs that have an available rookie list spot can now sign a player during this period provided there is room in the salary cap under current AFL rules. Players will be required to re-nominate for this draft. The dates for the mid-season rookie draft have yet to be determined by the AFL.

Several players are already benefiting with these new rules. Delisted Docker Zac Clarke, who spent 2018 playing in the WAFL, has chosen Essendon as his preferred destination and the Bombers have signed him. Ruckman Shane Mumford, who retired from GWS at the end of 2017 and stayed on as a ruck coach, has decided to come out of retirement and is eligible to be re-signed by the Giants.

The Dockers could also benefit under these new rules due to an unexpected opening on their list. The club had previously delisted forward Michael Apeness with a view to redrafting him to their rookie list. However, just ahead of this year's draft, Apeness announced his retirement after five injury-riddled seasons and just 12 games.