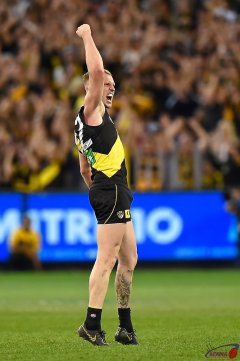 His Richmond tally is 79 games and 88 goals. However, a hamstring injury has kept him sidelined since Round 13 of last year and he has played just 17 games since 2020.

Richmond General Manager of Football Blair Hartley said Caddy had made a considerable contribution to the Tigers, “Josh can walk away from his AFL career with his head held high and proud of what he has achieved. His skillset made us a better team throughout a successful time for our club and we value the connections and memories made along the way ... ".

His retirement opens a spot on the list for the midseason draft to be held in June.