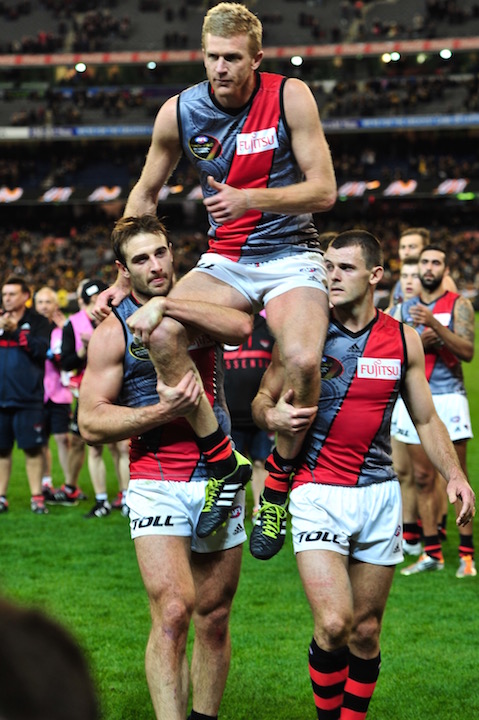 The club was hopeful he would be recovered for a send-off game, but it was not to be. Fletcher, 40, expressed disappointment that he could not get up for one more game. He pushed himself in the past few weeks to get back and interim coach Matthew Egan also lamented that one more game for the veteran defender had not proven possible. Egan said the Dons gave Fletcher every chance to play on Sunday but he ruled himself out.

Fletcher walks away from the game as one of only four players to have played 400 games, a dual premiership player (1993 and 2000) and two time Crichton medalist (club best and fairest). In a 23 year career, he managed to adapt to the constant changes in the game. He was one of the "Baby Bombers" of 1993 and played in an era of some of the greatest forwards in League history - Jason Dunstall, Tony Lockett and Wayne Carey. Egan, who played alongside Matthew Scarlett at Geelong, described Fletcher as one of the best defenders he had seen and compared him to his former teammates, saying Fletcher wasn't one to talk much but still commanded enormous respect and that when he did speak, others listened. Egan described Fletcher's work saying "he ... would pull players aside and talk to them about one-on-one things. Often on the track you would see him having a quiet conversation with a young player and trying to educate him."

Egan has ruled himself out of contention for the senior coaching job at Essendon, saying he didn't feel he was ready and adding that he could learn from the new coach. The club expects to announce the new coaching appointment in October.

At Essendon for two seasons, former Cat star Paul Chapman, announced that the Bombers' game against Richmond in Round 22 would be his last. 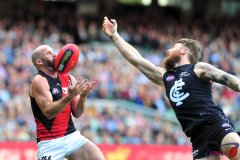 Chapman played 251 games and kicked 336 goals for the Cats 2000-2013. After Geelong told Chapman he would not be given a new contract, the Bombers hurried to sign him on. He had an excellent 2014 season, kicking 22 goals in his 20 games, but this year he was hampered by injury with his last game being just his ninth for the year. Chapman said it would be tough to leave football behind but realized it was the right time. "It's been heaps of fun over 16 years, it's been hard work but it's time to move on." He said he would like to stay involved in football in some capacity.

Chapman was one of many stars at Geelong during the Cats' dominant era and played in the 2007, 2009 and 2011 Premierships. He won the Norm Smith Medal in 2009 as best on ground in the Cats' win over St Kilda. Geelong coach Chris Scott paid tribute to Chapman, saying he would go down as a legend for the club. "He was a privilege to coach and his contribution ... will never be forgotten. Paul's playing record speaks for itself, but it doesn't show the fierce competitor and the determination that he displayed in every game ... You only had to watch the intensity he brings to know how much football means to him."

Veteran Jason Winderlich has retired, this time for good. Winderlich, 38, had announced his retirement at the end of 2014, but did an about face. 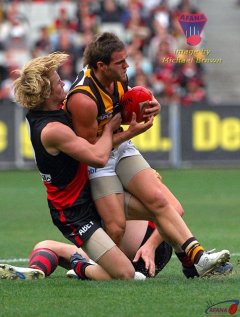 Unfortunately 2015 was not a great success for the midfielder as he managed just one game for the year. He said he could walk away knowing he had given his all, but did express disappointment at not having played more games. He said on the club website "this year didn't pan out the way I would have liked, I hang up the boots with no regrets. The club has been fantastic to me ... to play for the team you supported as a kid is incredible ... but it's time for me to turn my attention to my family and my business."

Winderlich was drafted in 2002 and debuted in 2003. He struggled with injuries throughout his career, not the least of which was a persistent back injury. He managed 129 games with his best season in 2010 when he ran third in the club's best and fairest count.