It was the final straw for the Suns who have announced that he will be traded. Bennell has had a number of off-field issues, not the least of which was the publication of photographs of him apparently indulging in illicit drugs. The pictures were from a 2013 trip but were only published in the newspapers in June this year. After this latest incident, a series of meetings were held between club officials, coaching staff, the leadership group and Bennell's management. CEO Travis Auld issued a statement confirming the decision to dump Bennell was unanimous. “Despite the incident ... being relatively minor, it’s the view of the club ... that Harley is unable to make long term change required ... we outlined a program and a series of actions that he needed to follow to have a future at the Suns. We also made clear to Harley and our entire playing group the expectations we had of them as players and representatives of this club ... We may be one of the AFL’s youngest clubs but we are a proud club and we understand the privilege we all have to represent our supporters and the Gold Coast community". Auld said the club had been working with Bennell, his management and the Players Association for some time and will continue to try to support him despite the parting of ways.

In related news, Brisbane told Jed Adcock several weeks prior to the end of the season that his services would no longer be required. 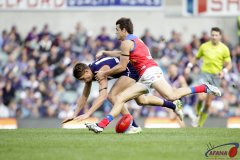 Adcock, 29, played over 200 games with the Lions and was a big contributor in their narrow Round 23 win over the Bulldogs with four goals.

About the same time, Jack Redden told the club he wanted to be traded. 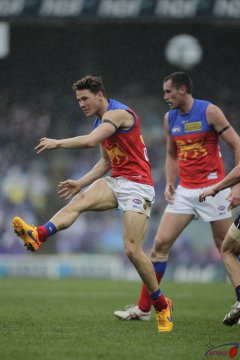 Redden, 24, has played over 100 games for the club since being drafted from SANFL club Glenelg and is contracted through 2016. He would become a free agent after that. There have been rumors that he has been at odds with Coach Justin Leppitsch but the club is hopeful he will change his mind.

Another player over whom there has been weeks of speculation is GWS star Adam Treloar. 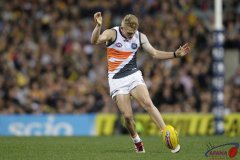 However the speculation is done now as Treloar has requested a trade back to Victoria with his preferred club Collingwood.He was offered a new contract offer by the Giants but has turned it down. Treloar, 23, is one of the original Giants drafted in 2011. Collingwood list manager Derek Hine said the club is delighted that Treloar wants to join the Magpies, saying the young midfielder has his best football years yet to come and would be a good club fit. Both clubs plan to work with Treloar's management to arrange a suitable trade.

In yet another blow for the Giants, ace forward Cam McCarthy has also requested to be traded back home to West Australia. 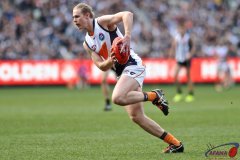 His request came shortly after that of Adam Treloar. McCarthy has been with GWS for two seasons and finished 2015 with 35 goals in 20 games. He is contracted to GWS through 2017 and it is believed that Fremantle is keen to recruit him.

Just after Round 23 concluded, Essendon forward/defender Jake Carlisle told the club he wanted to be traded. 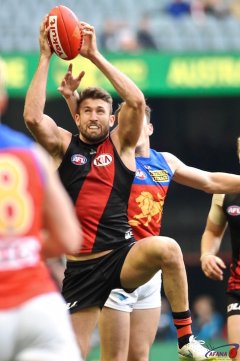 Whether or not this is due to general dissatisfaction or the supplements sage, which resulted in Paddy Ryder and Angus Monfries departing, is unknown. Carlisle has not nominated a preferred destination but it is believed that both Carlton and St Kilda are interested in securing his services.

Essendon was set to offer him a contract extension and interim coach Matthew Egan said his request was a worry. He admitted the reasons were unclear to him as Carlisle, 23, had seemed to enjoy being back in defense on a more permanent basis after being shifted between defense and forward the past several seasons. However it has been reported that Carlisle was not overly happy toward the end of the season and had several on field outbursts which directed criticism at the team. During a match against GWS it is rumored he screamed out "this team is f--ked". He has played 85 games in six seasons with the Bombers and many experts believe his best position is in defense.