Submitted by Boris Kilpatrick on Tue, 09/22/2015 - 9:25 AM EDT
Brook “Boris” Kilpatrick Reporting for AFANA from Australia 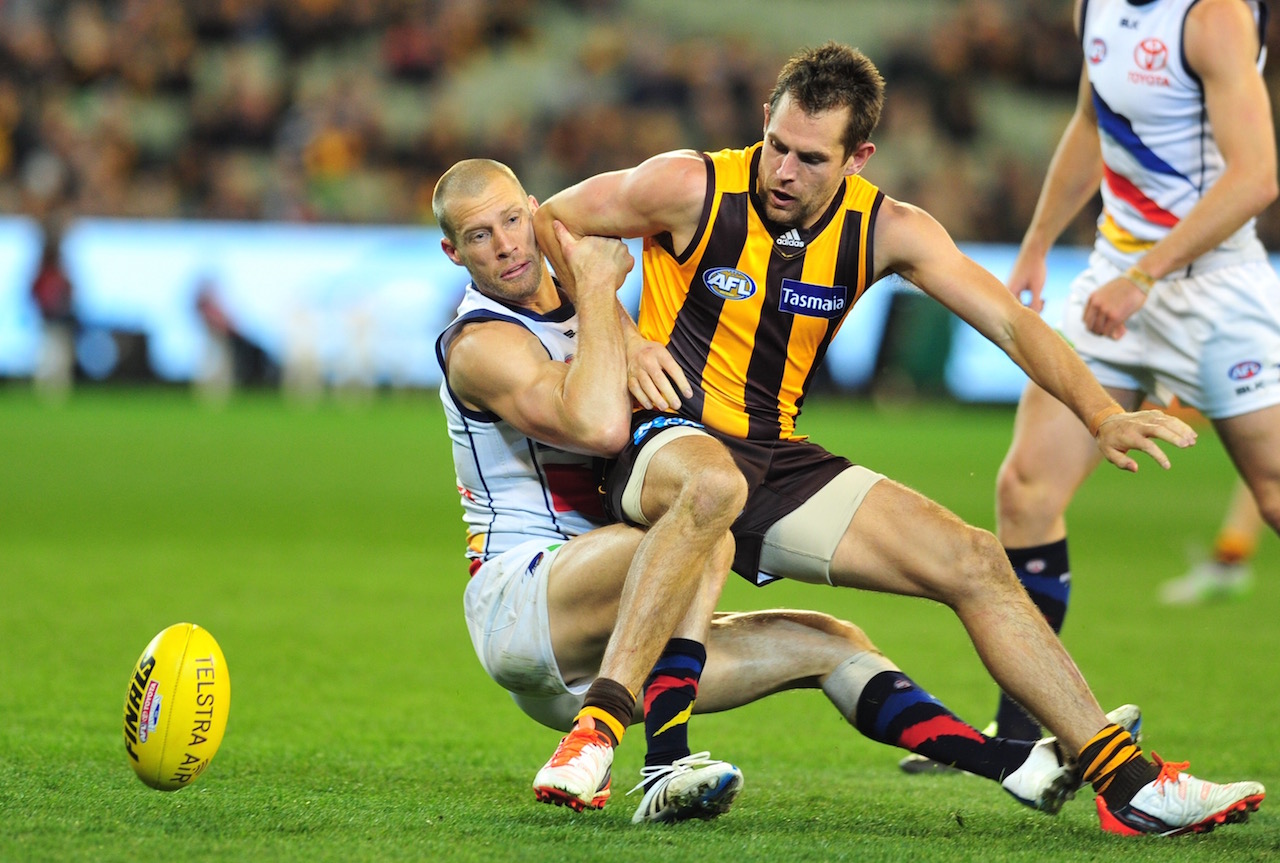 Adelaide, despite coming into the game in season-best form, had no answers for the Hawks' brilliant ball use and pinpoint accuracy. Hawk captain Luke Hodge led from the front, kicking the first goal of the game after an errant clearance from Crow Brodie Smith. Hodge added three more for the game while small forward Luke Breust bagged six of his own in a 21 goal performance that should have the remaining Finalists on notice. Breust had not kicked a goal in Hawthorn’s last three games but was back to his sharpshooting best as the Crows' back line crumbled despite the Hawks missing their main target in Jack Gunston who sat out with an ankle injury.

While Hodge was sensational for Hawthorn, Crows Captain Taylor Walker could not get himself into the game as he had done in the Elimination Final against the Western Bulldogs. Patrick Dangerfield performed admirably in possibly his last game as a Crow but there were too many Adelaide players who failed to make any sort of impact on the game. Catalyst Eddie Betts, midfield dynamo Rory Sloane and Walker all had poor games when their club needed them the most. The Crows did win the ruck duel with Sam Jacobs doing the bulk of the work and they outpointed Hawthorn in the all-important clearances. The problem for Adelaide was that when they had the ball, they turned it over on too many occasions. On the flipside, the Hawks controlled the ball with little pressure from their Crows opponents.

Sam Mitchell once again terrorized the Adelaide defense with a 33 possession performance, his drive through the midfield and out of the back line setting up his team mates in attack on numerous occasions. When Adelaide played a spare man in defense in an attempt to slow down the Hawthorn scoring, Grant Birchall - now the spare man for Hawthorn - did as he pleased, creating numerous attacks with his deft foot skills.
After a rampaging start, Adelaide broke even in the second quarter but could not make any inroads into the Hawthorn lead. The second half became a rout as the Hawks banged on a further ten goals while the Crows managed just four, rushing many attempts on goal due to the intense Hawthorn pressure. When the siren mercifully sounded for Adelaide fans signaling the end of the game, the Hawks were 74 points to the good, and the Crows' season was over.

Hawthorn will now head back west with renewed confidence as they prepare to face the Fremantle Dockers on their home turf. If they can find a way to take down the disciplined Dockers, Hawthorn will once again feature on Grand Final day as they have for the past three seasons, giving them a chance to be the first team to win three Premierships in a row since the Brisbane Lions in 2001-2003. While the task of winning in Perth two weeks after losing in the same city is a difficult one, you would be a brave soul to suggest they can’t do it. It should all add up to an epic Preliminary Final.