"Final Quarter" Film Now Available in US and Canada 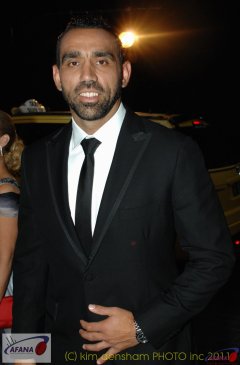 The film released last year in Australia about the final years of Adam Goodes' career is now available in the United States, Canada, United Kingdom and Ireland via iTunes at this link:
https://thefinalquarterfilm.us20.list-manage.com/track/click?u=63ee98bcd305aa14461c982fb&id=48ffe98cc8&e=52bdbdfbc4

It is as powerful as I believed it would be. You may remember the ESPN 30 for 30 June 17, 1994 film, which framed O.J. Simpson's White Bronco chase with the start of the 1994 World Cup, the New York Rangers' Stanley Cup Parade, Arnold Palmer's last appearance at the U.S. Open and Game 5 of the NBA finals between the Knicks and the Rockets. This film is similar in terms of it being from news reports and not having commentators. However, there are no side subjects.