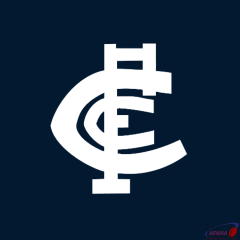 Of the song itself, which was reworked in the 1940s to remove some of the more racist elements, Hagan said it is "... Is one of the most racist of all time with the opening verse including the n-word and ‘coon’ and Carlton has adopted that music and propelled it into notoriety. 'Lily of Laguna' is said to be one of the great coon songs ever.” The Carlton lyrics were written by a former player in the 1930's.

Asked whether the song needed to be changed given most footy fans and players wouldn’t recognize the tune, he said, “How do you think Jewish people would feel if Collingwood’s song was based on propaganda music from the Hitler Youth?” He emphasized he did not want the club to change the lyrics but have a new melody written. When the club was contacted for a reply, a spokesperson said, “'The Lily of Laguna' lyrics are of no relevance to the lyrics that were penned in good faith for the club."