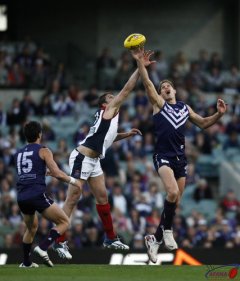 Geelong capitalized on Docker errors to post a convincing win to launch their season. With the return of Aaron Sandilands, Fremantle dominated in the ruck and won more clearances than Geelong, but Fremantle’s frequent skill errors gifted the ball to their opponents. The Cats midfielders, Patrick Dangerfield, Mitch Duncan and Joel Selwood punished any Fremantle turnovers and shot the ball deep into the Geelong forward zone. Tom Hawkins
Read more 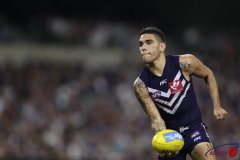