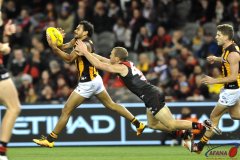 With the pool of available talent being stretched at draft time due to the introduction of the Gold Coast and Western Sydney teams, the AFL has eliminated the age restriction for rookie-listed players. At present, only one player over the age of 23 is allowed to be rookie-drafted.