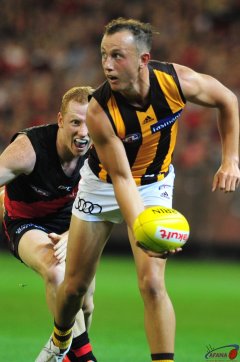 The AFL Draft was held during our Thanksgiving holiday period. For easier reading, selections are listed club by club so readers can scroll to their club or clubs of interest. As always, the information is listed as follows: numerical draft selection, name, (club of origin), height, weight and position followed by a player brief.