1.    Adelaide Crows (Last Week - 2)
The Crows take top spot on the Power poll after a stirring win in “The Showdown” against crosstown rivals Port Adelaide. Despite trailing early, the classy Crows posted their third win in as many games, the 17-point win keeping them on the top of the AFL ladder.

2.    Greater Western Sydney Giants (3)
The Giants are starting to roll, and they might take some stopping. A 42-point drubbing of the Kangaroos – with a whopping 71 entries inside the 50 meter arc – will have teams scrambling for a plan on how to stop Leon Cameron’s young juggernaut.
Read more 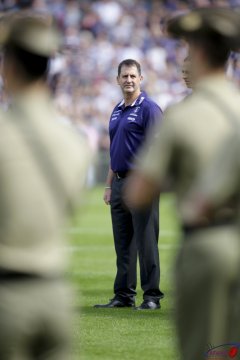 The defenses of both teams performed well under pressure, but the midfielders struggled to move the ball past center effectively. The first quarter consisted of both teams attacking the ball but showing very little method. After 18 minutes of miskicks, turnovers and poor goal shooting by both teams, it was Fremantle who provided the first moment of enjoyment for the bemused crowd.
Read more 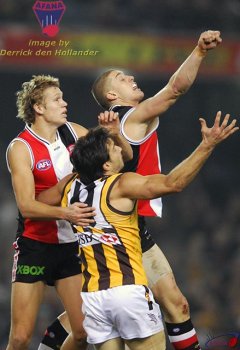 Although Brisbane's medical staff were confident Maguire would fully recover, he had still been suffering after-effects of the concussion - headaches, head and neck pain, blurred vision and dizziness. He had scans two months ago which revealed several blood clots on his brain. According to Maguire, the symptoms have prevented him from training or running properly so he could return to play. It was the seventh concussion Maguire has suffered over the course of his career. While he was assured by specialists that the symptoms would subside, he was told that it would take time.
Read more

After losing the last series in 2008, Australia has reclaimed bragging rights over Ireland with a hard-fought three point win in the second game. Ireland played a more aggressive attacking game this time round, laying a number of tackles but the Australians held firm even when under siege in the final term.