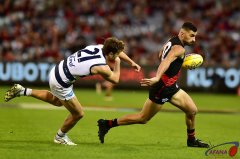 It was a Grand Final for the ages. A crowd of 99,683 screaming fans was treated to an outstanding contest after a week of talk about the weather potentially spoiling the spectacle. Meteorologists were forecasting bitter cold, strong winds, heavy rain and hail so when the storm clouds held off to provide a windy but otherwise clear afternoon, there were sighs of relief around Australia. Rumors that swirled pre-game about Sydney ruckman Shane Mumford, all-Australian Ted Richards and Hawthorn skipper Luke Hodge under injury clouds also appeared groundless with both teams lining up as expected. In a notable first, goal umpire Chelsea Roffey became the first female and the first Queenslander to officiate at an AFL Grand Final.