Coverage of the AFL on radio

(Updated after email from SiriusXM to AFANA.) The SiriusXM satellite radio service announced today (6/4/20) that they will add AFL coverage for the first time with a "match of the week" and a weekly radio show hosted by Eddie McGuire, AFL commentator and Collingwood president. The first radio show will run tonight, June 4th, at 6 PM EDT for an hour and then each Thursday at the same time.

"Aussie Football Rules America with Eddie McGuire" will run "on SiriusXM's Dan Patrick Radio channel (ch. 211), recapping the previous week's AFL action and looking ahead at the exciting matches in the weekend ahead" according to the press release issued today, and the broadcasts are also online at SiriusXM.com and on the SiriusXM app for connected devices and speakers. The full press release is given below, courtesy of PR Newswire. (Home page users click on "Read more".) It will be available in the US and in Canada since channel 211 is available in both countries.

The first radio broadcast tonight (6/4/20) will be a replay of the 2018 Grand Final between West Coast and Collingwood and will follow the radio show hosted by McGuire. This to be the Triple M coverage from that day and the weekly matches to be one of those covered by Triple M. The coverage will be on delay, repeated from the previous weekend each week, and follow the McGuire hosted show. Coverage of finals and the Grand Final is included. Matches will be condensed to fit in a two-hour time slot. AFANA will follow up with SiriusXM and add more to this in the coming days and update our radio page. SiriusXM will be providing AFANA with the match selected each week in advance of the Thursday airing. (Update: 6/5/20: Our staff writer in Melbourne, Johnson Leung, reports that Melbourne media is suggesting that the weekly match could be the Thursday night match from 14 hours earlier and that the Grand Final could be live. We're following up with SiriusXM. 6/9/20: our radio page now has match schedules.) 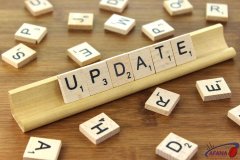 Just a quick note to alert everyone that AFANA is closely following any changes the AFL makes to their schedule, whether it ends up being a shortened season as indicated overnight or is ultimately canceled. That will have a ripple effect on our TV schedules, radio page, draw pages, etc.  As the dust settles we will make the necessary updates or notes but it might take awhile for everything to trickle down to the entire site and the networks to catch up.

Fans have also asked about where we are financially. It's still precarious and we badly need donations to pay the bills and debts. We know that all of the chaos brought about by the COVID-19 virus puts added financial pressure on each of you as well as on our long term viability. Please continue to consider a donation using either of our donation buttons at the top of the page. Thanks for your support.

2019 Grand Final Live on Fox Soccer Plus, TSN2, and WatchAFL in North America

(This post will be updated with any changes right up to match time and network schedules often change.)(9/23/19: TSN pre-game coverage start time moved back to 9:00 PM. All coverage and times are now confirmed.)
Fox Soccer Plus (FSP) in the USA and TSN2 in Canada will carry the 2019 Grand Final between Richmond and Greater Western Sydney LIVE on Friday night / Saturday morning, September 27th / 28th. US coverage on FSP will begin at approximately 12:24 AM EDT Saturday. Coverage will continue until approximately 3:30 AM EDT Saturday concluding after the match. No other pre- or post-match coverage will be provided on Fox. FSP will air multiple repeats of the game. Set your DVR accordingly and add extra recording time before as the match starts earlier than the half-hour and the feed may start unexpectedly (most guides show the start time as 12:30 AM so you'll miss at least 6 minutes if you don't) and after so you don't miss anything if the match is extended due to a tie at the end of the 4th quarter!

If you have no access to either of the preceding options, the game will be live via the internet on WatchAFL (payment required, US$23 for individuals) and you can sign up at this link.  WatchAFL coverage will begin at 12:24 AM EDT however, they will have pre-match coverage beginning at 7:00 PM EDT and post-match coverage for as long as the Fox Footy in Australia continues. Pre- and post-match are relayed on the Fox Footy feed area of the service. Free coverage by internet radio is also available; check our AFL Radio page.

Fans should check our TV Schedule page for full TV listings including any repeats and our TV Info page for more information on FSP, WatchAFL, and TSN2. Party venues should contact us for commercial subscription discounts. For those looking for parties, see our listings on our Grand Final Party page. (Note: the only live coverage in North America is via these outlets and they are available nationally via cable and satellite services -- see our TV Info page. Asking us if there are others will not get you a different answer because there isn't one.)

Submitted on Wed, 11/19/2014 - 9:22 PM EST
(Update: 11/25/14: Fox Soccer Plus has added live coverage of the AFL Draft to its schedule. See our TV Schedule page for details. Update: 11/27/14 12:10 AM EST: FSP has the draft listed on their schedules 24 hrs later than we believe it actually takes place. We are not sure what they will air.) For US fans, there will be live coverage of the International Rules match between the AFL and the Gaelic Athletic Association (GAA). Coverage of Australia v Ireland will begin at 4:30 AM US EST from Perth on Saturday November 22nd. Both Fox Soccer Plus and WatchAFL will carry the match live. (See our TV Schedule page for the full schedule with times and repeats.) WatchAFL coverage will cost US$10 and also includes coverage of the AFL Draft on November 27th (3:00 AM US EDT Thanksgiving Day). At this time only WatchAFL will be available in Canada and Mexico. For those listening via internet radio, all of the major Melbourne sports stations will have some coverage of the draft. Only SEN will provide full live coverage of both events from Australia. There will also be internet radio coverage via RTÉ 1 from Ireland.
Read more

Coverage of the International Rules series between Ireland and Australia is on PremierSports TV (only) in the US (and probably Canada, too). It is available via online payment or at many Irish bars and pubs which carry Irish sports. There are two matches; October 19 and 26 at 2 PM EDT (delayed not live if the time they provided is correct). Go to

RTÉ from Ireland will provide live radio coverage on RTÉ Radio 1 beginning at 2:45 PM Dublin time (9:45 AM US EDT) . You can listen at this direct link:

or via their web player at http://www.rte.ie/radio/radioplayer/rteradiowebpage.html

Preliminary Info on 2013 AFL Coverage on TV and Internet

[Revised 8 Feb 2013 with details on Fox plans and Canada and 10, 11, and 12 Feb with more on AFL-TV. Revised 27 Feb with more from Fox. Revised 13 March with more on Fox. Also initial TV schedules were posted on the main TV schedule page.. Readers on the home page please press "Read More" below to see this entire article. Also see the comments.] AFANA has some preliminary information on the internet and TV coverage for the upcoming 2013 season. We will be updating this post over the next few weeks as more information becomes available. Here are the main points to know:

* The AFL has indicated that Fox Soccer Plus (FSP) will provide the same coverage in 2013 as in 2012 and that means two live matches per week with occasional repeats. Fox has not yet responded to our inquiries so we do not have confirmation from their end. However, since this is consistent with what both the AFL and Fox said was the agreed deal for 2012-2014 we have minimal concern. [Update: 27 Feb.: Fox has replied, telling AFANA in part: "We will be broadcasting the 2013 AFL Season. There will be a minimum of 2 live games per week on FOX Soccer Plus, in HD, with the season kicking off Saturday, March 23rd. We will be broadcasting every playoff match including the Grand Final."]