Until Halloween: 25% off Annual Pass on WatchAFL for 2019

Yes, the 2018 season is barely over. It's also the time to save on the 2019 season if you want your footy delivered over the 'net and not through a cable or satellite service. You can subscribe now and pay just $111.75 for a year. It will never be cheaper. 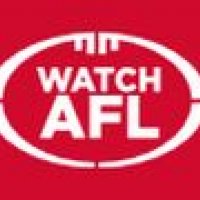 At AFANA, we get a wide range of views on the footy coverage from fans. We do our best to lobby for solutions that help as many fans as possible. One issue that we hear is the cost to watch footy. We also hear that "my team isn't on this week" and many other less pleasant variations of this. What to do? Sign up now.

Until October 31, you can save money and help AFANA at the same time. Save 25% on a WatchAFL Season Pass giving you 12 months access to every AFL match LIVE in 2019, on-demand replays plus the 24/7 Fox Footy Australia channel. Oh... and the upcoming draft. You can get this offer by using this link: Subscribe to WatchAFL Now! and entering the code SEASON25. Be sure to enter the code on the page and see the updated price before proceeding to the next screen.*

*WatchAFL is only available outside Australia. But you knew that, right? Offer applies to new subscribers only.

Limited Time Offer for 25% off on WatchAFL Internet TV Service

Submitted on Fri, 05/19/2017 - 10:54 AM EDT
Here at AFANA, we get a wide range of views on the footy coverage from fans. We do our best to lobby for solutions that help as many fans as possible. One issue that we hear is the cost to watch footy. We also hear that "my team isn't on this week" and many other less pleasant variations of this. What to do? If you want to see every game of your favorite team at the lowest cost then we have a solution.

At least until June 4, there is a way to save a few dollars and help AFANA at the same time. For a limited time, save 25% on a WatchAFL Season Pass giving you 12 months (not just half a season!) access to every AFL match LIVE and on-demand plus the 24/7 Fox Footy Australia channel. You can get this offer by using this link:  Subscribe to WatchAFL Now!
Read more

The AFL-TV internet service is returning for 2014 (see this earlier announcement) but has now been rebranded "Watch AFL Global" which we are referring to simply as Watch AFL here at AFANA. This season we will be including Watch AFL schedules on our TV schedules page right along with Fox and TSN. Here is the announcement from Rightster, which produces the service the for the AFL: "Watch every game of the 2014 AFL Premiership live or on demand with Watch AFL Global Pass. It's the official international subscription service for fans outside Australia. Watch AFL Global Pass allows you to watch games live on personal computers, tablets and mobile devices. You can also catch up on any of the action you've missed, or want to re-live,  with our On-Demand service. Watch AFL Global Pass also gives you Watch 24/7, a round the clock TV channel dedicated to AFL, so you can get your fix between matches. Watch 24/7 shows include classic quarters, football panel shows, player interviews, match replays and other great AFL content. Being overseas doesn't mean you can't keep up to speed with all the footy action and we offer a wide range of great value subscriptions to suit everyone those on both long and short trips abroad. To find our more and subscribe just visit WatchAFL

*Service not available in Australia"

(Ed note: updated 2/20/14:) Subscription prices are similar to 2013 with an annual "pass" priced at US$139 (A$149). You can also subscribe with a monthly payment of US$25 (presumably about $150 for the season) or you can buy it week by week when you want at US$15. Finals only passes may be offered later in the year. Coverage of the NAB Challenge is free so you can try it out now at no cost and see if it works for you. Another option is to bundle Watch AFL with an AFL club overseas membership. At least 14 of the 18 clubs are participating so far. Contact the respective club membership departments for more information. Bundles typically include a Watch AFL Global Pass, club merchandise, and member benefits plus a subscription to AFL Record for iPad. AFANA hopes to add it's own affiliate sales option later. Thus far, only an Android (Google Play) app link is on the Watch AFL page (and which will soon be available in an updated version). AFANA has been advised that an Apple app is being tested so that link will appear eventually. (Disclosure: AFANA receives a small portion of subscription revenues made through our links to WatchAFL Global and these funds are used to promote footy in the USA and Canada.)

We have full schedules at our AFL TV schedules page.
We have weekly radio listings for the AFL at our AFL Radio page

(9/26/22) This page has recently had major revisions. While the men have concluded their season, we'll keep reporting on the AFLW right through to the women's Grand Final and  updating TV and radio schedules.(9/19/22) If you've noticed the delays this season, some delays are due to this: WE NEED VOLUNTEERS and donations. Please volunteer or donate if you can spare a few hours or dollars a month. We'll keep updating schedules as the networks release them. We URGENTLY need donations as we no longer get support from WatchAFL subscriptions. (3/30/22) Star+: Hemos agregado horarios para América Latina. We've added schedules for Latin America.

We now have our radio info available on a Google Calendar - see the radio page for details. Our schedules are free for personal use. Reuse, reposting, etc. on any other media must credit AFANA. US repeats are only on FSP. WatchAFL carries every game live and on-demand.  We exist because of generous donations from fans (donation link in upper left). We need your support. Please consider donating (link button above) if you have found our schedules useful.

This page will give you the basic facts you need to know about TV Coverage in the USA, Canada, and Mexico in 2022 and is expected to be improved from late 2021 with all matches of the AFL and AFLW live and more on FS1 and FS2. Information will be updated as necessary throughout the 2022 season. Coverage in Canada is unchanged from last year, mostly on TSN2 and occasionally other TSN channels.