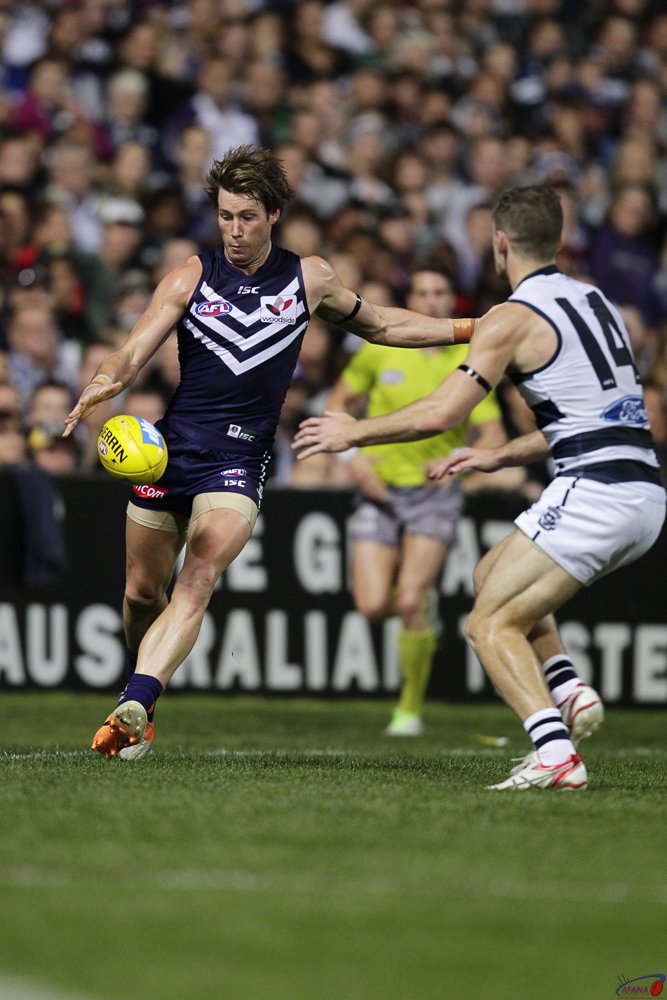 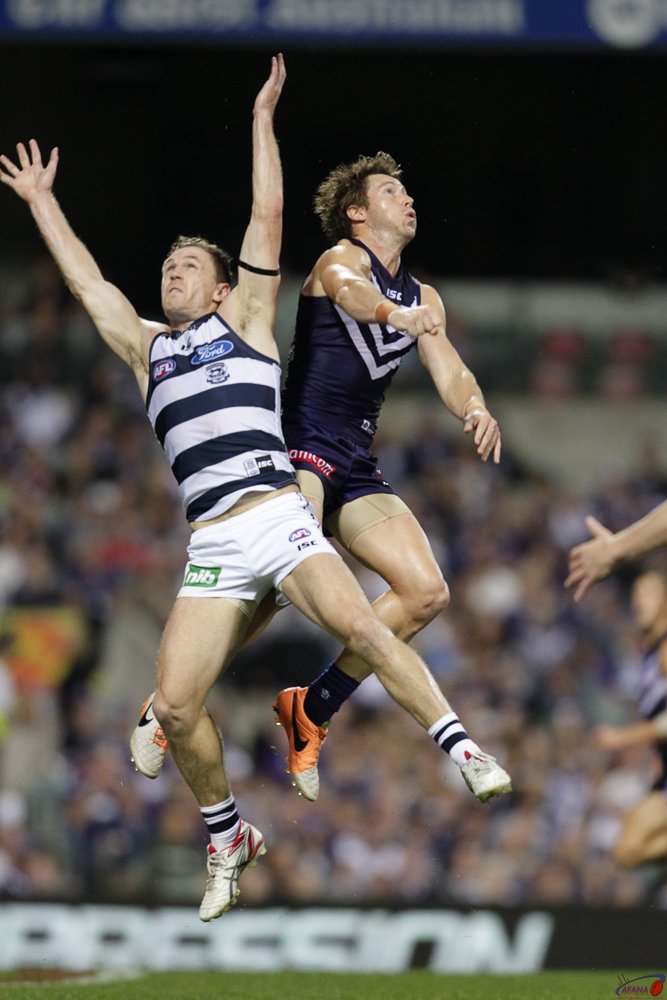 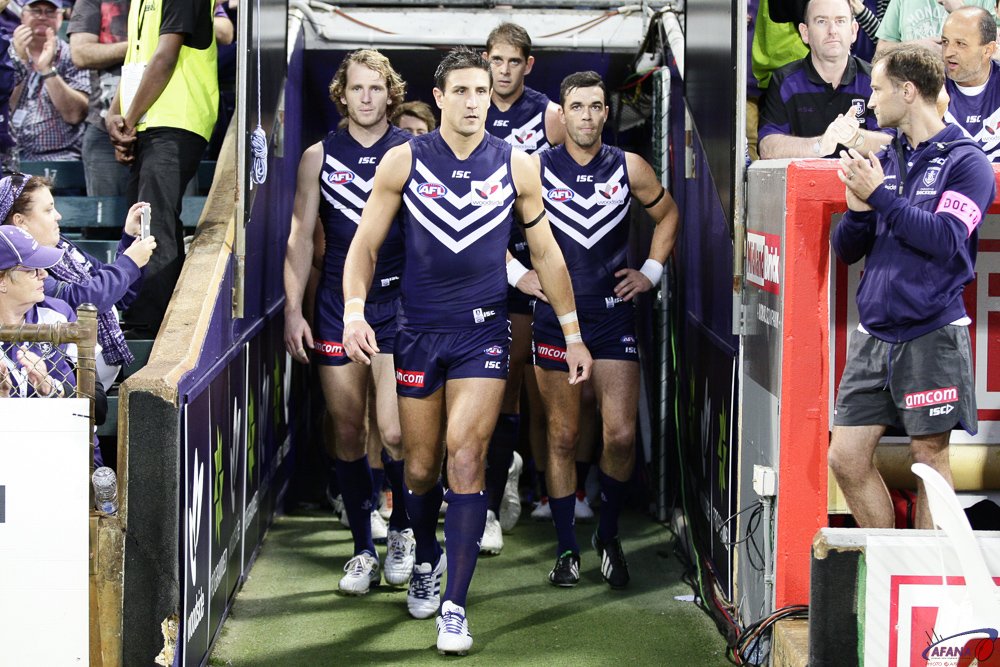 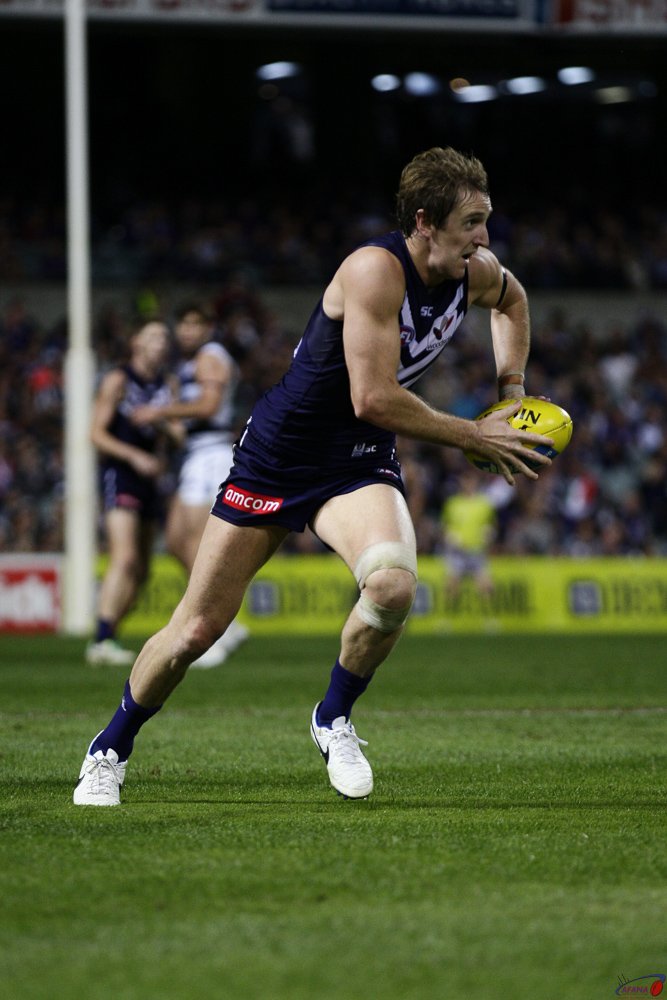 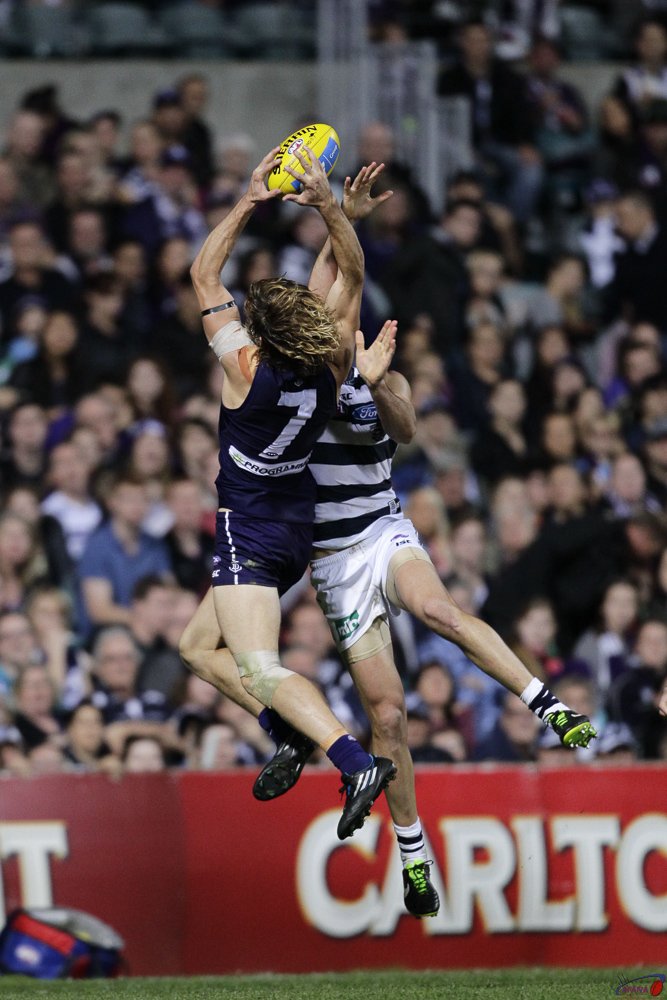 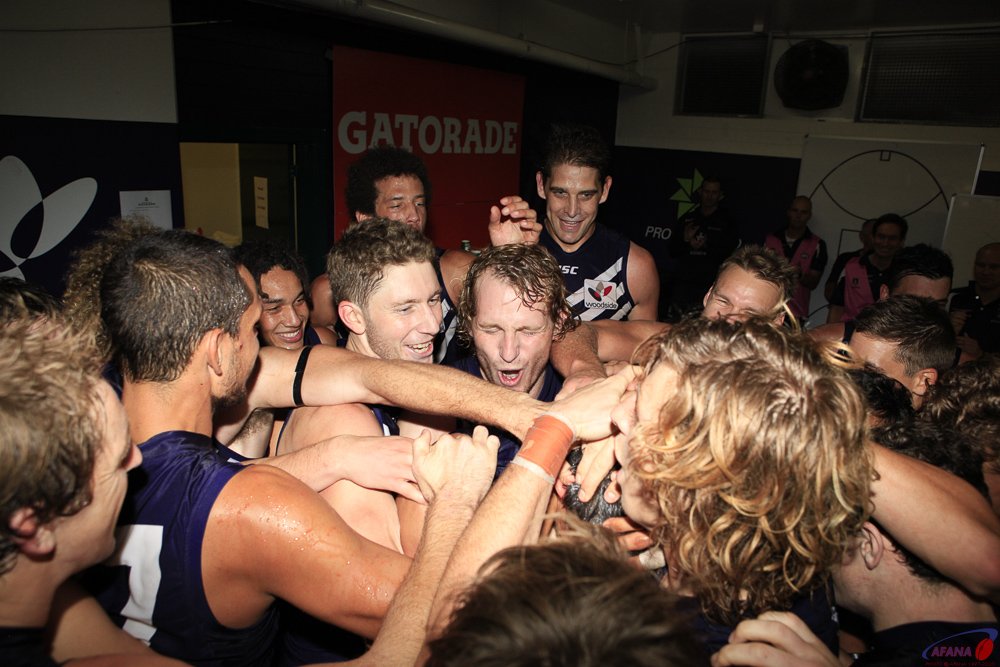 Matthew Pavlich celebrated his 300th game in fine style against Geelong and the Dockers joined the party defeating the Cats by five goals. Patersons Stadium in Perth was bursting at the seams as the Freo faithful packed in to cheer Pavlich on his special day. Football and fairy tales are rarely mentioned in the same sentence, but this game was the exception. The Dockers have been a thorn in the Cats’ side for several years and the Round 9 clash proved more of the same as the Dockers got out to a game winning lead in the first quarter.

Fremantle players were quick off the mark and the early action couldn’t have been scripted better. Pavlich marked the ball 30 meters out from the center clearance after a quick transfer down the outer wing. His goal - and Fremantle's first - had the crowd out of their seats, inspiring the Dockers to get back to their old style of pressure and commitment to the contested ball. The Dockers moved the ball with impunity through the middle and Geelong could not stem the flow into the opposition attacking zone. The Cats failed to score a goal in the first quarter and the margin they gave up proved to be the difference between the sides in the end. Pavlich scored his 600th goal and became one of seven players in the history of the game to score that many goals in 300 games.

Geelong fought back with goals to Tom Hawkins and Travis Varcoe, two players who had been very quiet so far in the game. Fremantle’s midfielders pushed hard forward, controlling much of the ball and causing headaches for the Cats’ defenders. Poor kicking on goals was costly for both teams, but more so the Dockers who failed to press home their superiority scoring a string of behinds from advantageous field positions. With 18 scoring shots to eight at the half time break, the Dockers really should have been put the game to bed.

There were some questionable tactics by the Fremantle runner who managed to pop up all over the place and get in the opposition players' way, giving away free kicks in the process. Geelong steadied and started to climb back into the match with three back-to-back goals. Hayden Ballantyne, who only a few days before had come off the operating table after having his broken cheek popped out, provided fierce forward pressure on the Geelong defenders. In one telling play, he waited in the wings, poised like a circling shark  and pounced when the umpire called “play on” to drag down not only his Cat opponent but his shorts as well.

Joel Selwood worked tirelessly for the visitors and his attack on the ball and delivery to teammates sparked a mini revival. Varcoe and Hawkins both kicked their second goals. When Daniel Motlop chimed in for one of his own, the margin had closed to 19 points and the creaks were sounding in the Dockers’ battlements. However the script writers and footy gods knew the value of a happy ending and late goals to Fremantle took the lead out again to the winning score of 32 points.

It really was a magical end to the match, celebrating a great champion of the game as well as signifying that the Dockers are back to playing the brand of football that took them so far last season. Geelong is a classy side and will no doubt bounce back from this defeat to challenge other teams in the Top Eight. They will likely be a major force in September but will always have the hoodoo in the back of their minds when they play Fremantle. It was a credit to the Cats' professionalism that they stood and formed a guard of an honor for Pavlich as he was chaired off the ground by Aaron Sandilands and Zac Clarke.