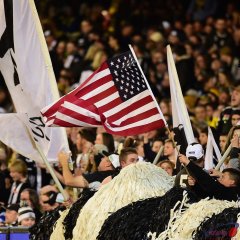 It would end up be a rampant Collingwood, lead by American Mason Cox and workhorse Steele Sidebottom that would blow the reigning Premiers out of the water with a 10 goal to two first half. Despite the best efforts of Jack Riewoldt (five goals), Richmond showed little resistance elsewhere. Dustin Martin, under an injury cloud, was unable to produce his trademark dominance to get his team into the match.

Trent Cotchin won the toss and kicked to the Punt Rd end. Conditions were perfect for footy, with no breeze and no rain in the forecast, the weather would not be a factor.

In a boxing match it is not uncommon to see the underdog, perhaps smaller and with less reach go hard, and try to take out the title holder early in the match with a knockout blow.  There are no knock out blows in the first quarter of a footy match, but in this preliminary final Collingwood gave it their best shot. From there they just kept on punching.

Richmond looked nervous early and both Riewoldt and Rioli kicked minor scores. Blows were traded with little damage by both teams early. The Magpies first goal came after Mason Cox won a contested mark at half back and the ball worked deep into the forward pocket and de Goey’s hands, and he made no mistake with the kick eight and a half minutes into the quarter.

Chris Mayne penetrated the Richmond defense to find Varcoe on the short lead inside 50 and he kicked a goal from just inside the 50 meter arc. Richmond hit back quickly as Conca also pulled off a quick short pass, finding Jack Riewoldt at the top of the arc. This time Riewoldt kicked truly, albeit narrowly falling to the right side of the goalpost.

Collingwood were running hard, Varcoe and Sidebottom pushing hard in both directions. Sidebottom running through the middle dished a handball out wide to Crisp on the run and he snapped the goal on his left.  Mason Cox was showing early that he was in for a good night holding marks, and along with Grundy, causing some headaches for Richmond not only up forward but behind the ball taking marks down the line as well.

Mihocek and De Goey each added another goal for the Magpies and the Tigers looked rattled by the Collingwood onslaught, but with three quarters still to play most watching would expect the battered champs to regroup and come back hard from their 23 point deficit. Collingwood just kept punching.  Mason Cox kicked off the second quarter marking and goaling from about 25m out from goal.  Cox’s parents, who had flown out from Texas, were sitting in the crowd behind the goal watching the show.

Astbury was marking Cox deep in the backline, but a gap opened up and Cox lead out quickly from the square and Pendlebury popped the ball up perfectly for him to mark. He went back and calmly kicked his third goal for the match to chants of ‘USA USA’ from the crowd.

Richmond desperately needed to score, Vlaustin was perhaps the best chance for the quarter, but his set shot faded left.  Aish, Goldsack, Maynard, and Sidebottom across half back weathered the storm as Richmond pushed hard, but could not land a serious blow. Crisp kicked his second for the night again on the end of a good lateral handball from Sidebottom. Taking his chances from a good way out but kicking well for the 6 points.

Now with Mason Cox in the ruck, the forward line was open and de Goey lead out hard from the square and getting on the end of a bullet from Sidebottom out of the center. de Goey backed up with another soon after beating Rance to take the juggling mark as Sidebottom gave it to Crisp and he kicked the ball long into the 50.

Kane Lambert hit the post on a snap shot as Richmond desperately tried anything to find a goal. Jack Higgins was the man to finally break Richmond’s goal drought taking the ball on the chest at the fat side of the pack when his opponent Phillips lost his footing. His set shot goal was unbelievably only Richmond’s second goal in a half of football and the 44 point deficit at half time looked beyond even the reigning Premiers.

Richmond would need to systematically pull the game back one goal at a time and do it relentlessly. They started off the second half just right. Getting it to Jack Riewoldt on the lead, he goes back and kicks a long goal, and that worked.  If anything has been a trademark of Richmond -- it has been their aggressive and dominant third quarters. But that would only work if Collingwood’s work rate and productivity could be slowed. They just kept on punching. Cox again took a contested mark 55 meters out from goal, beyond his range, but he played on and kicked to the top of the goal square. de Goey was at the back of the pack, roved the spill and kicked his fourth goal for the night.

Mason Cox again took a solid contested mark 30 meters out from goal but missed to the left. Jack Riewoldt at the other end continued to provide an option when the Tigers pushed forward, this time on the lead taking the mark down low and going on to kick his third goa. Mihocek picked it up at the other end and snapped the goal to keep the Magpies comfortably in front.

Richmond continued to counter attack, but it was desperation in looking for the big pack mark from Riewoldt. The Collingwood defense, with midfield assistance, was able to negate the attack time and again. By the end of the third quarter they had eaten a little into the Magpies lead thanks to late goals to Houli and Riewoldt. It was a 33 point lead to Collingwood. They looked like they could hold on.

While the knockout blow can’t actually happen, the result can be put beyond doubt in the last quarter and Collingwood would look to do that as early as possible. You can’t rule out the champ while he is still on his feet. Richmond’s last roll of the dice was consecutive goals to Jack Riewoldt and Jack Higgins bringing the margin back to 21 points with enough time on the clock still to win the game.

Mason Cox continued to give a contest around the ground and took a good contested mark on the wing. Collingwood sensed this was their moment to push for the win. A huge goal by Treloar, roving the pack and snapping a long, high goal set them on their way. It was followed up by the goal of the night and what was almost as good as a knockout blow came when Grundy roved his own ruck tap in the forward pocket and smashed home the football through the tall posts.

The Collingwood chant rang around the stadium at 20 minute mark of the quarter as their fans knew they would be back here at the MCG next week for the Grand Final.  With Richmond down for the count, Collingwood gave them one while they were on the canvas when they turned the ball over and Sidebottom crossed to Stephenson on the fat side of the ground, and he nailed the set shot.

In the end Collingwood won by 39 points, and may just go into next week’s Grand Final as favorites against the winner of the West Coast Eagles vs. Melbourne Preliminary final in Perth.  Jubilation for fans, players, and coach Nathan Buckley who will look to do what he could not do as a player, to win a premiership at Collingwood. The Magpies have taken out the reigning champ and now they get their shot at the title.