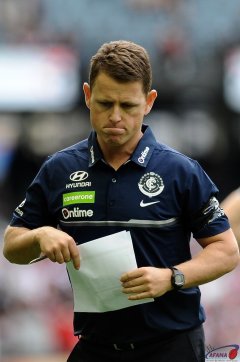 There is no shortage of possible candidates to be the new coach:

Former Carlton forward Andrew Walker, who played under both Ratten and Bolton, has thrown his support behind Ratten returning as senior coach. Walker said all one would have to do is look at the results, considering Ratten was Hawthorn's assistant during their hat-trick of premierships in 2013, 2014 and 2015. In speaking on SEN Radio, Walker said 2011 was the  most exciting season for him. He pointed out the fact that the team was ravaged by injuries in 2012 and struggled, just missing the final eight. Of Ratten, he said, “I thought he was a great coach and great for developing young players.” Ratten took Carlton to the 2011 Semi Finals and had the team as early premiership favorites in 2012, before the injury toll derailed the season and ultimately cost him his job.