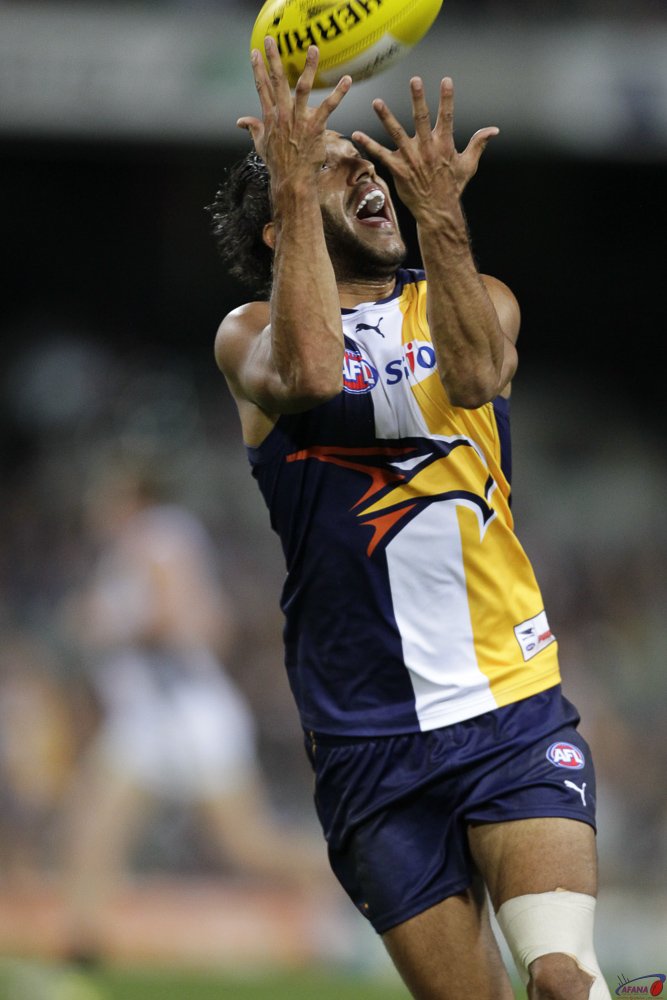 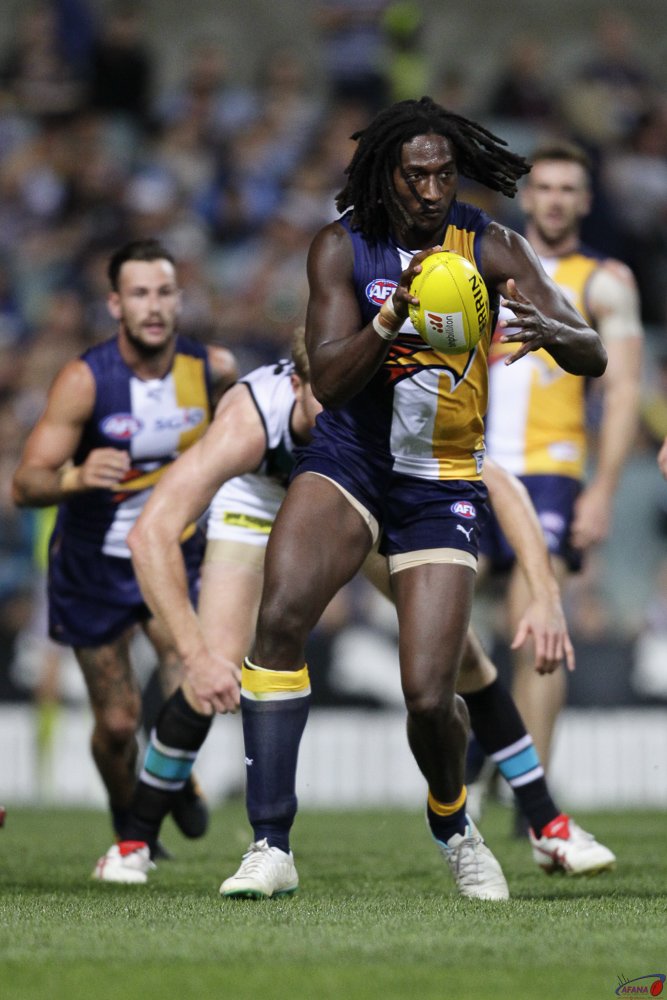 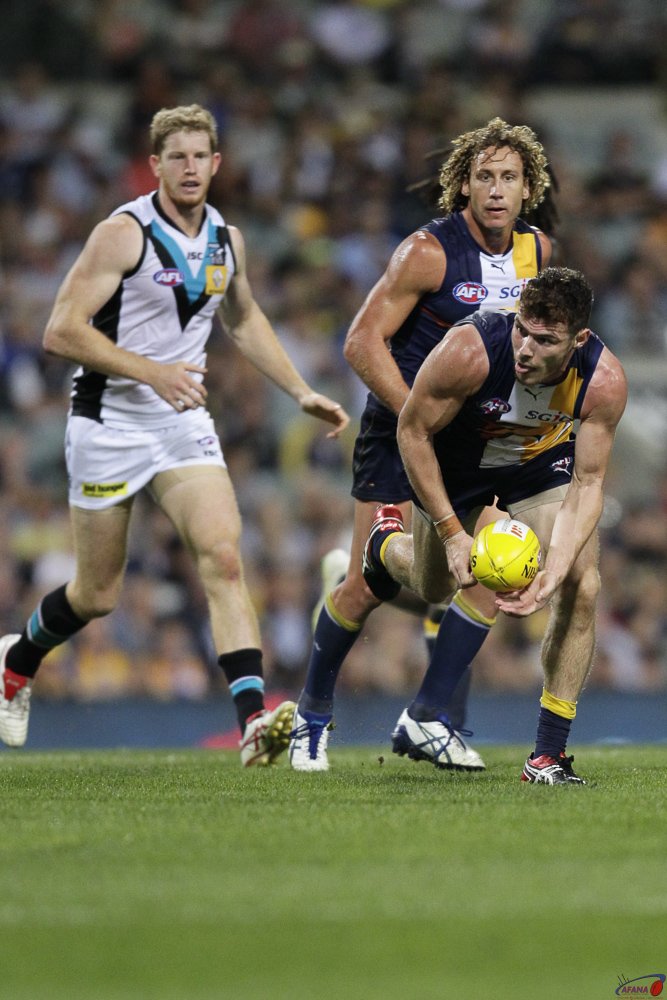 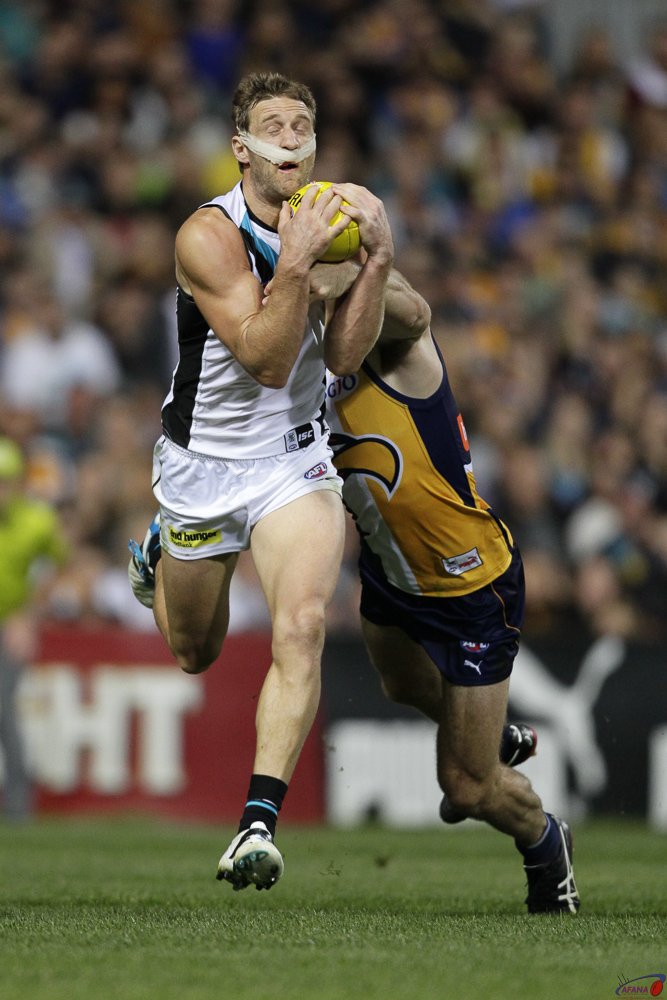 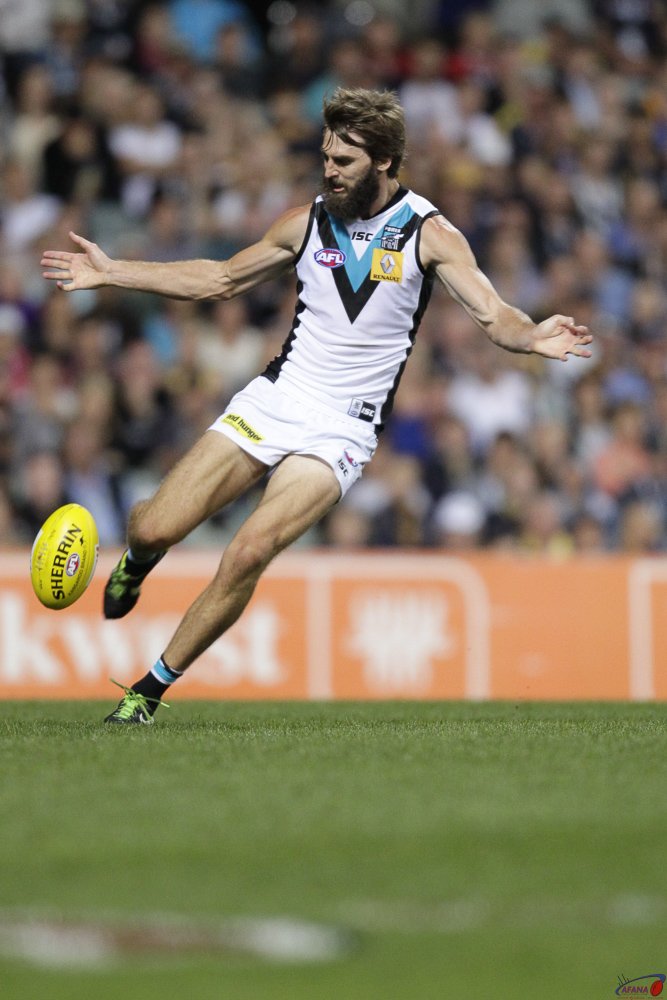 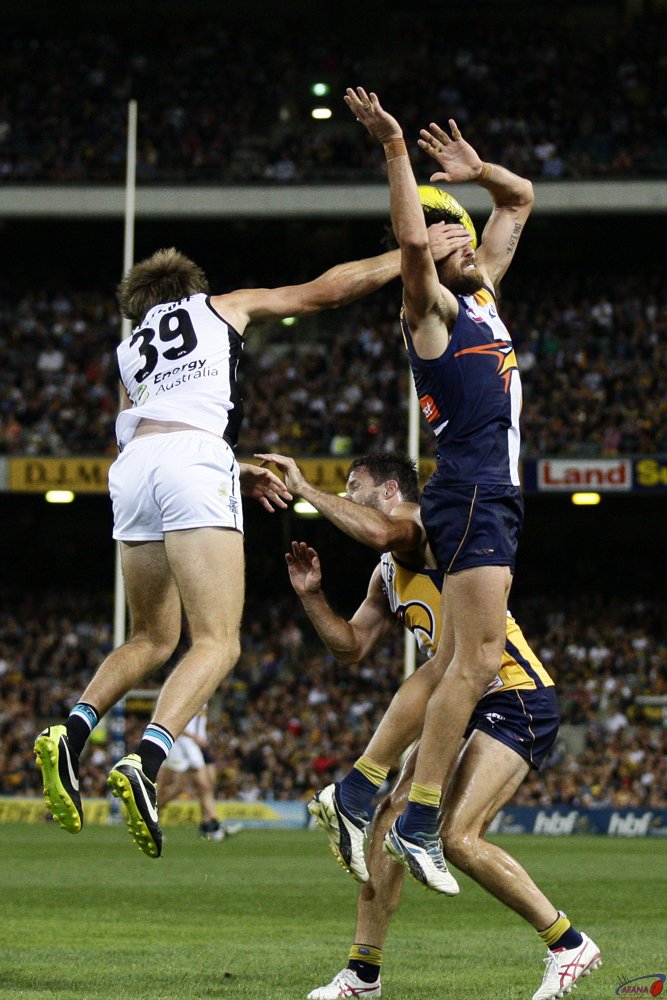 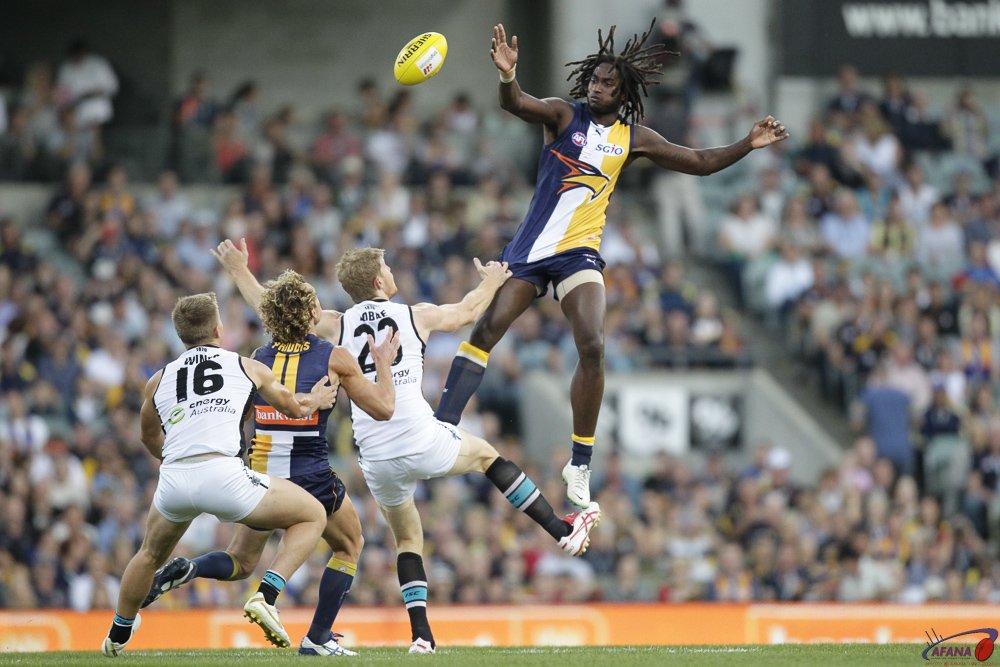 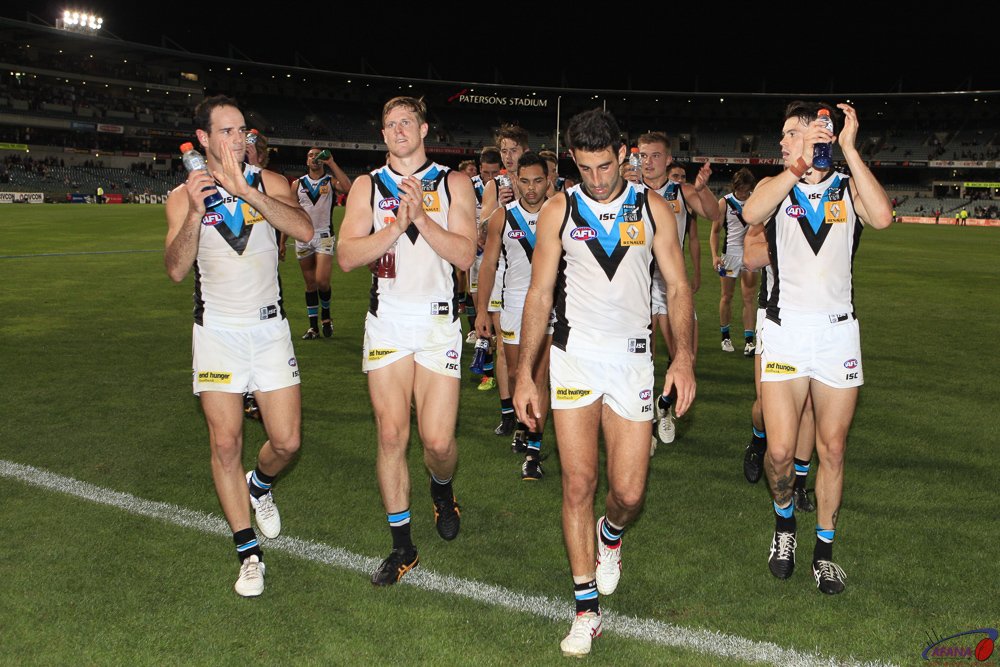 Port Adelaide Power continued in its winning form in Round 5, toppling West Coast at home - always a challenging feat for interstate teams - in a tight and hard fought contest. Port was always considered a chance coming to Perth and the Port players played football as it should be played - tough, unforgiving and hard at the ball. The Power has turned its game style around since the dark days three years ago when it seemed the players couldn’t win a kick in a stampede. Now they are fast and fit and this was exemplified in their speedy breaks through the center of the ground which became their main avenue to goals early in the match. Port had three goals on the board before the Eagles realized that the game had started. Backed up by their hard tackles and solid attacks on the opposition ball carriers, they were a fearsome sight. Ex-Eagle Brad Ebert was in outstanding touch and he made West Coast pay from the get-go. His two goals kick-started the Power and it was clear they were in the hunt for an upset.

West Coast steadied after the initial onslaught and fought back with Jack Darling working overtime and giving his teammates inspiration with his incredible determination at the ball. His two goals - with contributions by Dean Cox and Sharrod Wellingham - brought the game back on a more even keel. Port Adelaide's Jay Shultz has reinvented himself since coming over from Richmond and his goal from a set shot had Port trailing by just two points at the main break.

It was a pleasure to watch the free-flowing and skilled movement of the ball as both teams tried hard to beat the tight defensive set-ups each had in place. There was no chipping backwards soccer style to maintain possession. Full on pressure was the name of the game with contested ball at every kick. Robbie Gray turned the momentum back for the Power with two strong marks, which he converted for goals late in the third term. It proved to be a decisive moment as it gave the Power the lead and - more importantly - filled them with confidence as they set sail for home. West Coast had some chances too but kicked dismally at goals to register only one goal and six behinds (points) for the term.

Port finished full of dash with another ex-Richmond player in Matt White showing a clean pair of heals as he sprinted through the center of the ground leaving breathless Eagles in his wake. Port Power has a reputation for finishing strongly and they proved it again in the wide open spaces of Patersons Stadium. They had all of the offense in the final term, taking the ball repeatedly into their 50 meter scoring zone with their extra running speed. They finished too strongly for the Eagles and fully deserved their win.

Port Adelaide Power is an impressive unit and will trouble many sides vying for the Top Four. Their stamina and belief in themselves should take them far this year. The Eagles are going backwards after an exciting start to 2014 and must regroup and find something extra if they are going to challenge the more powerful teams in the competition.