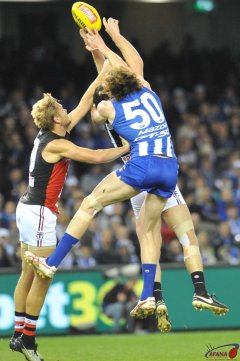 In a statement, St Kilda requested privacy for Roberton and confirmed he would consult with his specialists and the club's medical team to assess "all available options" in the coming weeks. Teammate Jack Billings spoke to reporters, "He's clearly had some challenges over the last few years and he's got a great family, three kids, so I think he's just taking some time at the moment. He's a good mate ... and the boys love him so he's just going through that ... and the club and all the players are fully behind him. I've got a personal relationship with him so I've been chatting to him a little bit. He's just working things out with his family, seeing where things are at and making sure he's going to make the best decisions going forward ... The way he fought back 12 months ago ... it was amazing and really inspiring for everyone at the footy club, especially all his teammates. It gave us a massive lift. He's a quality player and fingers crossed for him, that's all you can hope."

Roberton has played 129 AFL games, playing 37 for Fremantle before joining the Saints at the end of 2012. He became a key figure in St Kilda's defense and made the 40-man All-Australian squad in 2017.