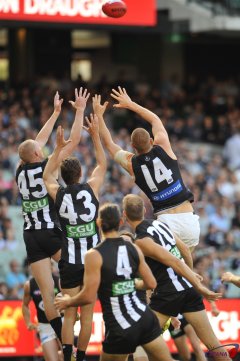 Just as the free agency period was ending, Carlton defender Liam Jones announced his shock retirement. It is apparently due to his anti-vaccination stance. The league mandated that all AFL and AFLW players get vaccinated or be placed on inactive lists until they comply. Jones, 30, retires after 161 games - 66 with the Bulldogs and 145 with the Blues - and said his decisions were for "personal reasons" but would not elaborate further. In a statement he said, “I want to take this opportunity to thank all who have supported me throughout my journey, both personally and professionally. I love the game and I’ll miss my teammates. I hope that people respect my decision and privacy - neither myself or [sic] my management team will be making any further comment on the matter. ”

Carlton head of football Brad Lloyd said the club understood his decision and wished him well for the future, “We have been in constant dialogue with Liam in recent months and allowing him the time he needed to make an informed decision regarding his playing career. Liam confirmed with us today that he has made the decision to retire, and his wish for the specific reasons of that decision to be kept private - as a club, we will be respecting that.”

As for the salary cap impact, Jones’ contract for next year comes out of the Blues’ cap. The only component to be included in the cap will be any financial agreement that was reached with Jones upon his retirement. A settlement of $25,000 would be made to Jones and that amount would be included in the cap. On the field, new coach Michael Voss now needs to find another key defender. One option is Caleb Marchbank if he can get fit (knee and leg injuries), The other option is Lewis Young, 22, who was acquired during the trade period.