Bob Hammond, who served as Adelaide's first chairman, passed away at the end of May. Hammond, 78, was suffering from Parkinson's disease. Craig Hammond, his son, said his father had lived a rich and full life and the family was grateful for the support they had received since his father's health began failing in recent months.

Hammond's football journey began as a player for North Adelaide in the SANFL where he played 234 games 1980 to 1973. He crossed to Norwood as captain-coach for a further 14 games in 1974. He was a member of three SANFL premiership teams with North Adelaide, the first when he was just 18 years old. Upon retirement, he became coach of Norwood and led them to premiership wins 1975 and 1978. He later briefly coached the Sydney Swans in 1984 and in 1983 coached South Australia to a historic first-ever win over archrival Victoria. 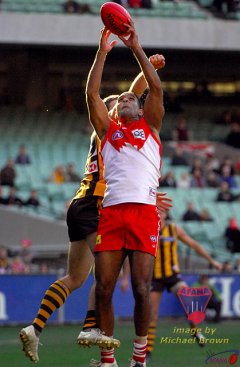