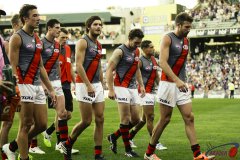 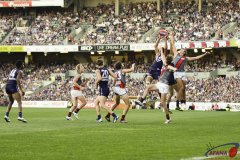 Career Wins Coached: Michael Malthouse (Carlton) recorded his 387th career win when the Blues defeated West Coast in Round Four. This puts him in third place on the all-time League list, just behind Jock McHale (467 wins with Collingwood) and Kevin Sheedy (388 wins with Essendon and GWS Giants).